Called a H*TN*T and a QUOTA

A H*TN*T AND A QUOTA

THE uproar surrounding the world-wide #BLM movement has flared up in rugby circles and has become a huge talking point in South African sport.

Eight white South Africans in the Sale Sharks’ starting line-up did not kneel before the kick-off of their Premier League match against Harlequins last weekend when the competition kicked off again after the Covid-19 enforced break.

Springbok World Cup heroes Faf de Klerk and Lood de Jager as well as other Boks such as Coenie Oosthuizen, Akker van der Merwe and the three Du Preez brothers, Jean-Luc, Dan, and Robert, all decided not to kneel before the game

The captain, who is also South African, Jono Ross, also decided not to kneel.

Ruan Ackermann was the only Gloucester player to remain standing, while Francois Venter was one of four Worcester Warrior players who also decided not to take the knee before their game kicked off. Gloucester’s Ruan Ackermann stands as his team-mates take a knee for ‘Rugby Against Racism’ prior to kick-off during the Gallagher Premiership match at Sixways Stadium, Worcester. (Photo by Nick Potts/PA Images via Getty Images)

Former Springbok hooker Dale Santon was a member of South Africa’s World Cup squad in 2003 who experienced the infamous Kamp Staaldraad fiasco under former Bok coach, Rudolf Straeuli, as part of the team’s preparations before the world rugby showpiece kicked off in Australia.

The fiery hooker, who had a reputation for his uncompromising play, celebrated his 51st birthday on Tuesday, 18 August 2020.

Santon said he had to endure many challenges and hardship in his career as a black rugby player in South Africa. However, his approach was always to take everything in his stride and had his own way of dealing with adversity.

When asked for comment on the matter he responded by saying: “I am tired of the race card being taken out every time players find themselves in such situations.

“I was a black Springbok who was told on a tour in 1993, that I was a h * tn * t. I was even called a quota player by a black administrator.

“I didn’t allow that to get me down, because I fought my own battles and sorted them out in my own way.

“Yes, I will bow my knee to all the people and the kids suffering in the townships, who are marginalised and are still not getting a fair opportunity.

“People might want to crucify me over this and say I’m a sell-out, because I feel everyone has something good to offer and everyone’s life matters.

“I firmly believe that as soon as you connect colour to something like that, it becomes a racist thing.

“I may not understand things so well, but I think the question we have to ask is why we fight to sit at the table of the minority when we can set our own table.

“Yes, we cannot forget what happened in the past, but the time has come for us to do what Madiba said: we should rather talk to each other, forgive each other and move on.”

Corné Krige, who captained the Springboks at the World Cup in 2003, was also approached for his views on the #BLM Movement. He said he regarded it as a sensitive situation and preferred not to comment. 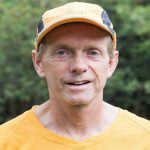 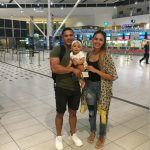 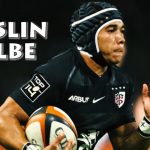